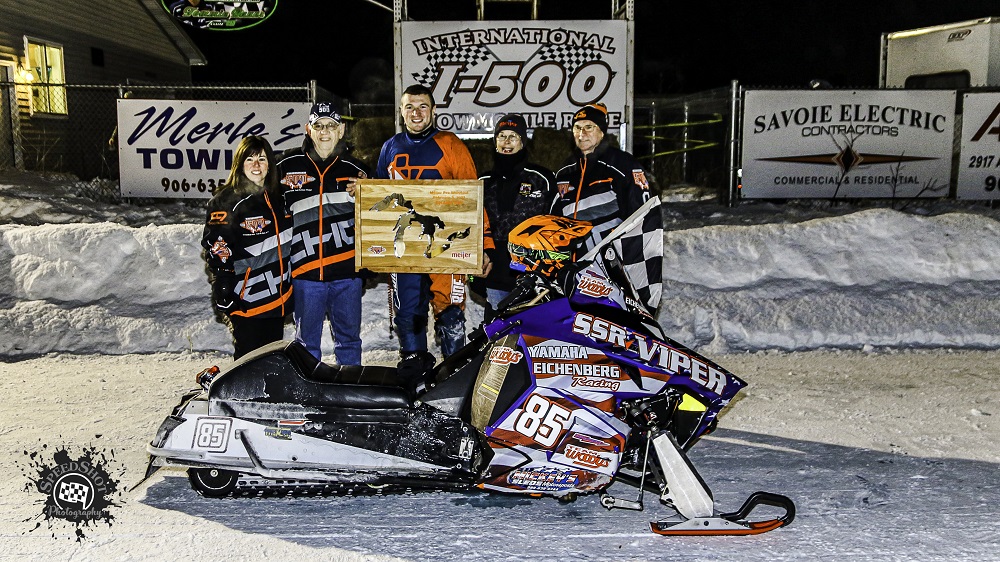 Kris Eichenberg took the checkered flag and made the trip to Alta Equipment Company Victory Lane after Winning the Meijer Pro Shootout II, which headlined Day IV of the 53rd Running of the International 500 Snowmobile Race Week at the #SooI500 Race Track in Sault Ste. Marie,Michigan

The 31-year-old from Hawkins, MI aboard the #85 Howard Concrete Construction / Yamaha Racing entry for his own Eichenberg Racing Team, starting on the inside of the second row in the main event of the evening. He was able to slip past the front row of Luke Krentz and Troy DeWald at the start and stay out in front to pick up the $1,000 payday

James Hicks finished second ahead of Krentz as Joe Burch and LJ Quick completed the Top Five. Earlier in the evening, Krentz broke his own MPS Track Record, a 40.090 = 89.798mph, which eclipsed his previous mark set back on January 30th, 2020, which was a 40.270. Krentz and DeWald then scored the Heat Race Wins to secure the Front Row Starting Positions in the Feature