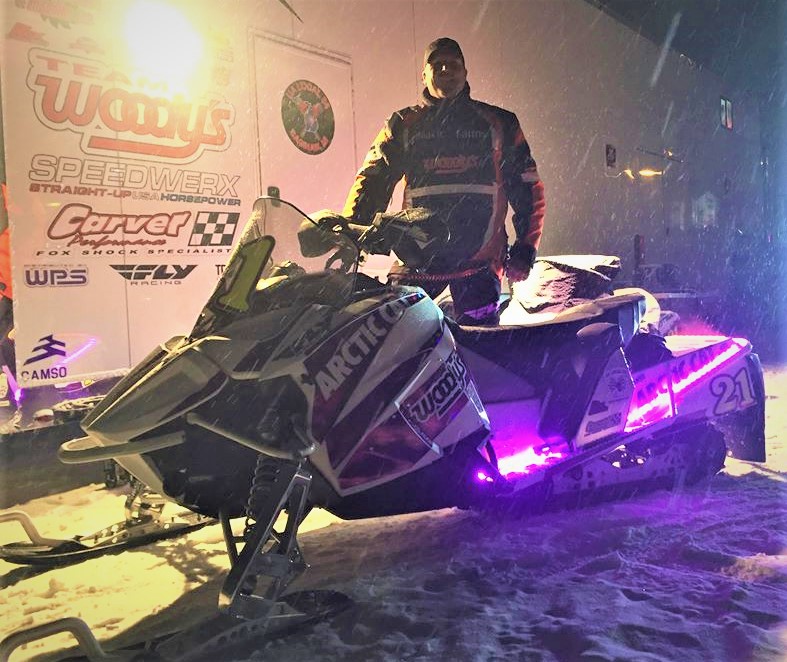 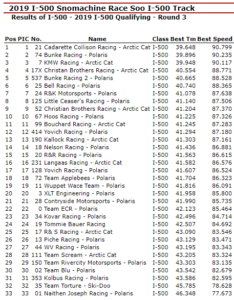 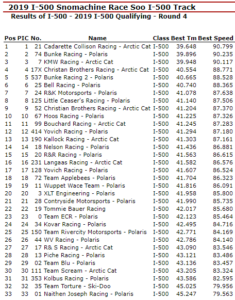 Earlier in the day, it was Round II of Woody’s Challenge Qualifying and the top spot remains the same with G. Bunke. The 42-year-old rider from Roseau, MN still sits on top of the charts on his #74 Bunke Racing / Polaris Snowmobiles machine with a 39.942 = 90.131mph. Krentz is second quick as Two-Time Defending Race Winner, DeWald, Herfindhal & 2004 I-500 Winner, Cory Furkey completing the top five.

Final Round of Woody’s Challenge Qualifying is on Thursday, January 31 at 3:15p.m. The Top 16 overall riders will be locked into the 25-Lap Feature paying $1,000 to Win. The 24th running of the Woody’s Challenge will take the Green Flag at 7:30p.m. 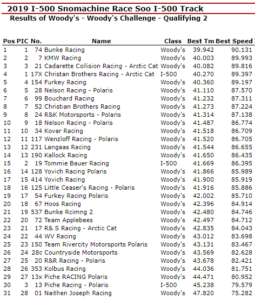 1230 WSOO will have local radio coverage on Race Day Only (Saturday, February 2).