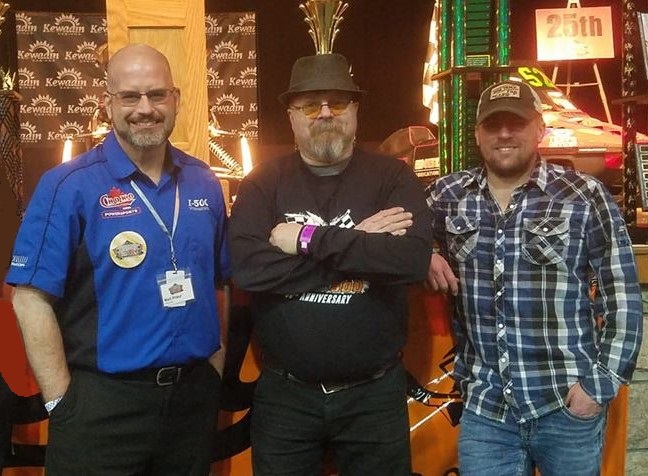 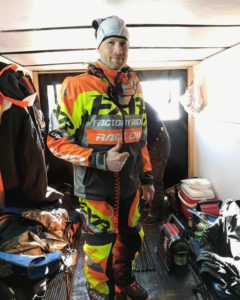 SAULT STE. MARIE, MI – Jan. 14, 2018: The International 500 Snowmobile Race Board of Directors is very happy to announce that the Voices of the #SooI500 for the past three years, Matt Prieur and Lorne (Spanky) Robinson, will both return to the booth for the 51st annual International 500 Snowmobile Race Week, set for Sunday-Saturday, January 27-February 2, 2019. Additionally, former I-500 rider, Chad Dyrdahl returns for the second year in a row to serve as Pit Road Reporter for the most prestigious snowmobile race in the world. He’ll be joined by another former I-500 rider, Isaac Wolfgang.

Veteran Public Address Announcer as well as Radio & Television Broadcaster, Prieur returns to the Soo for the fourth year in a row as the lead voice of the #SooI500 The 44-year-old also serves as the Director of Communications for the prestigious event. Prieur, originally from Flint, MI and currently resides in Westerville, OH, is best known as the voice of several national and regional motorsports touring series’ and events on both dirt and pavement surfaces for the past 29 years throughout the United States and Canada. Prieur also has served in a Public Relations role for World Racing Group based in Concord, NC since 2017. Prior to that, he was the Voice of the World of Outlaws Late Model Series in 2016.

Over the years, Prieur as been on the call for such prestigious events as the World of Outlaws World Finals, the USA Nationals, the DIRTcar Nationals, the DIRTcar Summer Nationals Hell Tour, the Prairie Dirt Classic, Firecracker 100 and more on the dirt. In addition, his pavement resume is stacked with several events with the ARCA Racing Series as well as the Snowball Derby, the Snowflake 100, the Winchester 400, Money in the Bank 150, Battle at Berlin 251, Kalamazoo Klash, Oktoberfest, the World Cup, the National Short Track Championships, the Crate American Race, the U.S. Short Track Nationals and more. The 2019 season is his 30th anniversary season in the motorsports industry.

Joining Prieur up in the booth is Robinson. Affectionately known as “Spanky” is a Desbarats, ONT resident and also returns to the #SooI500 for the fourth year in a row. Robinson was a crew member on the 1989 I-500 winning team of George Sharrard, Tom Sibbald and Jeff Kipfmiller. The 59-year-old has also been the Color Commentary Voice of the Sault Ste. Marie Greyhounds of the Ontario Hockey League (OHL) for their home games since the 2005/2006 hockey season. Additionally, Robinson just completed his fifth year as the Voice of Kinross Speedpark located at the Chippewa County Fairgrounds in Kinross, MI and is one of the Voices of the Hot Shoe 100, one of the highest paying open-wheel Modified races on pavement in the country.

Dyrdahl, a former competitor in the #SooI500 returns for his second year as one of the two Pit Road Reporters. The 42-year-old retired from racing after the 2016 I-500 and has numerous podiums in the most prestigious snowmobile race in the world for Shane Wahl/Pro 5, Mike Gentz & Bouchard Racing Teams over the years with three second place finishes. He’s also been a mechanic or teammate for both of his brothers, 2009 I-500 winner, Bryan Dyrdahl as well as Brady Dyrdahl. He’s also a competitor with the WISSOTA Modifieds at dirt tracks such as Grand Rapids Speedway, Greenbush Race Park and I-94 Fergus Falls Speedway in his native state of Minnesota as well as River Cities Speedway in Grand Forks, SD.

Wolfgang, who calls Breckenridge, MI home, joins Dyrdahl on Pit Road as a Pit Road Reporter for his first year behind the mic in 2019. The 34-year-old (who turns 35 on January 27) retired from active competition after the 2018 #SooI500 riding with Yovich Racing and scoring a fifth place finish. Prior to 2018, Wolfgang raced with Skid Row Racing & Eckert Racing and earned two more top five finishes with Skid Row including a career best second place finish in the 2011 I-500. He’s also a competitor during the summer months in DIRTcar Super Late Models competition at tracks such as Merritt Speedway and Tri-City Motor Speedway as well as an occasional appearance with the American Ethanol Late Model Tour in his native state of Michigan.

If you can’t make the trip to the Soo to watch the 51st Annual #SooI500 Lake Superior State University’s Laker Productions will have the Live Broadcast all week long for absolutely FREE. Watch everything happening in Sault Ste. Marie, Michigan involving the most prestigious snowmobile race in the world starting on Sunday, January 27 and culminating with the I-500 on Saturday, February 2.