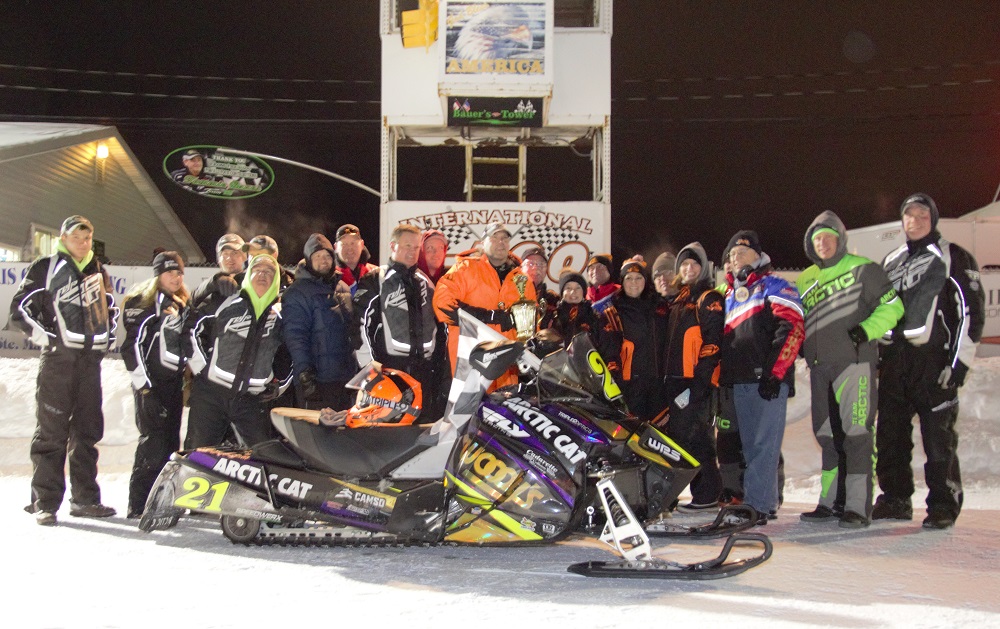 For the second year in a row, Troy DeWald had the perfect Thursday at the International 500 Snowmobile Race as the AuGres, Michigan rider swept everything on the schedule. The 48-year-old’s night ended with his second consecutive win in the 23rd running of the Woody’s Challenge and it was in dominating fashion. DeWald’s #21 Woody’s Traction / Cadarette Collision Racing / Arctic Cat started on the pole and lapped almost the entire field as only him and the second place rider of Ben Langaas were the only two sleds on the lead lap.

DeWald’s margin of victory over Langaas was an astounding 38.286 seconds. Langaas was the runner-up as the Christian Brothers Racing teammates of Wes Selby, the 2016 Woody’s Challenge winner and Re Wadena, who started 15th, were third and fourth. Timmy Kallock completed the top five.

Earlier in the afternoon, DeWald would sweep both Fast Qualifier awards for the second straight season as in Woody’s Challenge Qualifying, he turned in a 39.855=90.327mph.