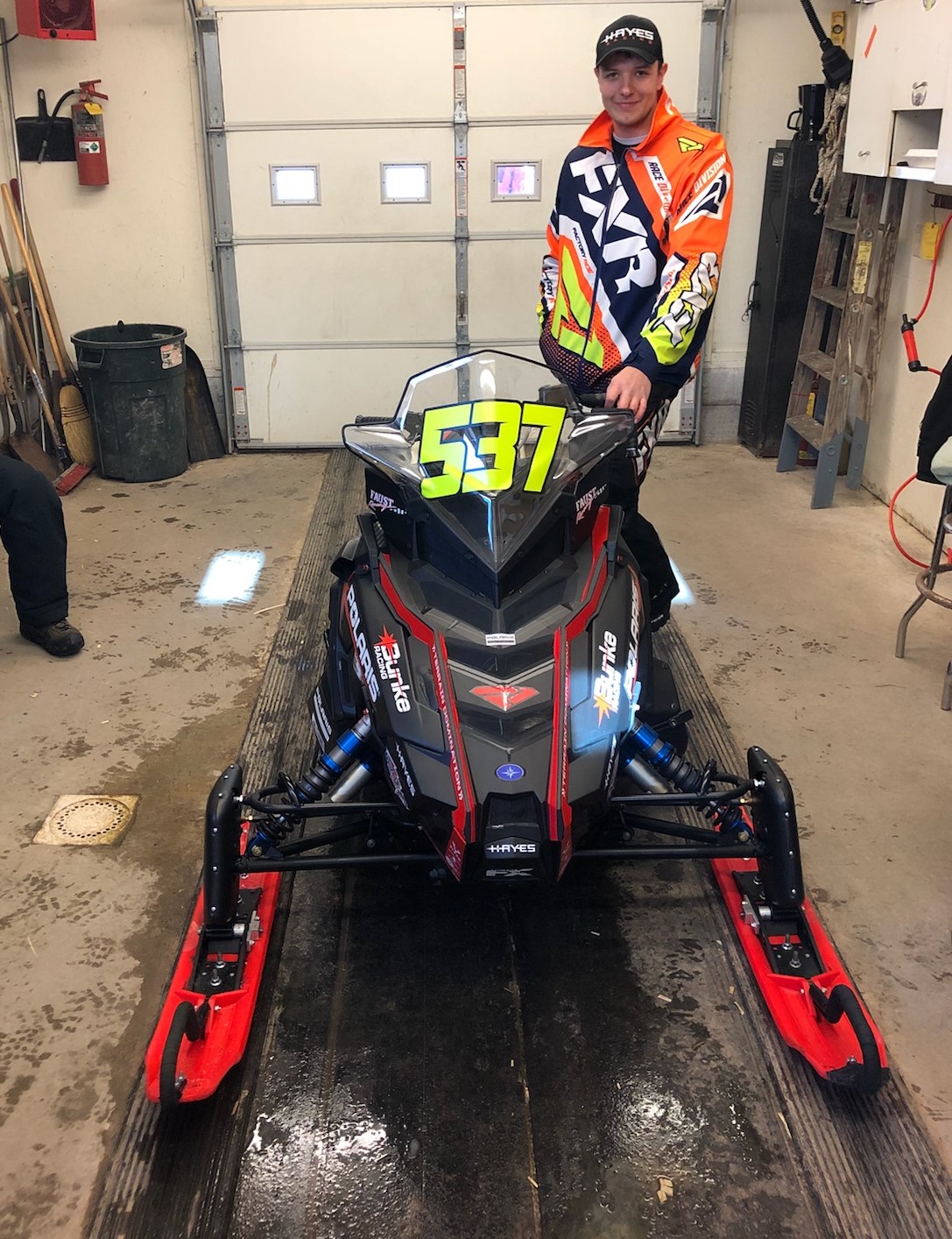 The third day of the week long festivites that are the 50th Anniversary of the International 500 Snowmobile Race Week is complete. The first two rounds (of six) of #SooI500 Qualifying were complete as Ryan Faust in his #537 Woody’s Traction / Polaris entry for Bunke Racing, turned in the fastest lap of the first session with a 39.621 = 90.861mph.

In the second Qualifying Session, and one of only two night time sessions over the next three days, Faust hung onto the top spot with his lap from earlier in the afternoon. Troy DeWald jumped to second after two rounds with a 39.946, the only other rider under the 40-second bracket. Seven-time and defending #SooI500 winner, Gabe Bunke is third quick as John Bosek improved from 36th to fourth from the first to the second session as Jon Giffel hung on for the final top five after two rounds.

The 23rd Running of the Woody’s Challenge conducted their first (of three) Qualifying Sessions and it was defending Woody’s Challenge Winner and Pole-Sitter, Troy DeWald set the mark to beat for the rest of the week as the 48-year-old from AuGres, Michigan in his Cadarette Collision Racing #21 entry went a 39.855 = 90.327mph…. Ben Langaas was second quick over Joey Burch, Timmy Kallock and Ryan Faust who completed the top five….

The teams from the Great Lakes Antique Snowmobile Series (G.L.A.S.S.) will hit the track for the first time for their lone Practice Session from 4:00-5:00p.m. Then at 6:00p.m., it’ll be the Fourth Round of I-500 Qualifying.

The first Feature race(s) of the week will be the three big Features as part of the 2nd Running of the Brad Redman Memorial for the G.L.A.S.S. Teams and those three mains (Stocks, 340s & 440s) will close out the night starting at 8:30p.m.