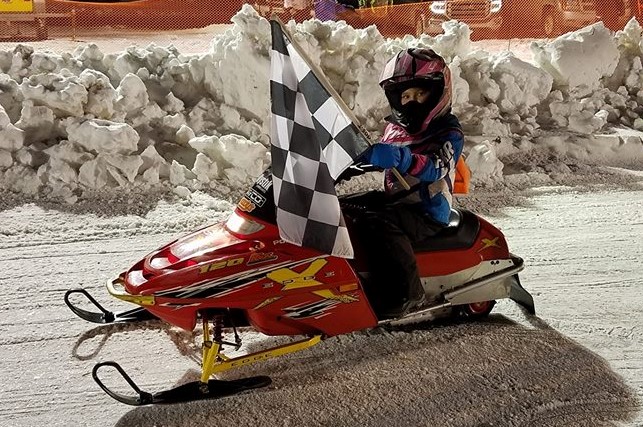 Day II of the 50th Anniversary of the International 500 Snowmobile Race is Complete.

Throughout the morning and into the afternoon, the #SooI500 teams made their way onto the property and kicked off Bud Clarke Day at the track and went through the Technical Inspection process.

Then  it was time for the traditional Skate Night on the Track and the annual Mini-5 Kids Snowmobile Races. A big Thanks to everyone who participated in both events.