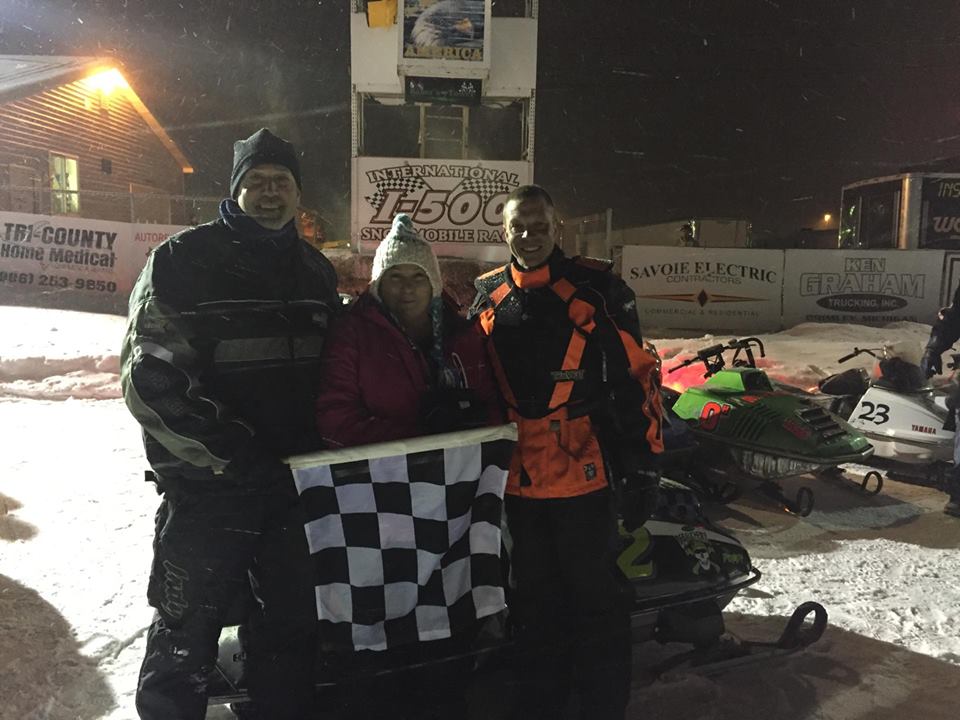 The Great Lakes Antique Snowmobile Series (G.L.A.S.S.) will be a part of the 50th Anniversary – International 500 Snowmobile Race with a brand new schedule to accommodate the expected large turn out of sleds…. Starting on Sunday, January 28th, the G.L.A.S.S., teams will Qualify and race in any Last Chance Race(s) that are needed to set the starting lineup…. Then on Wednesday, January 31st, the G.L.A.S.S., competitors return to the International 500 Snowmobile Race Track in Sault Ste. Marie, Michigan to race in the 30-Lap Brad Redman Memorial…. To learn more about G.L.A.S.S., go to their group page on Facebook located at this link: G.L.A.S.S.

This event allows drivers with sleds that are 30 years old (1988) and older the chance to get a feel of the only mile oval snowmobile endurance track in North America as Wednesday activities end with the 30-Lap Brad Redman Memorial. Traverse City, Michigan’s Chris Kelly was the winner of the inaugural Redman Memorial in 2016 while the 2017 version of the event was unfortunately canceled.