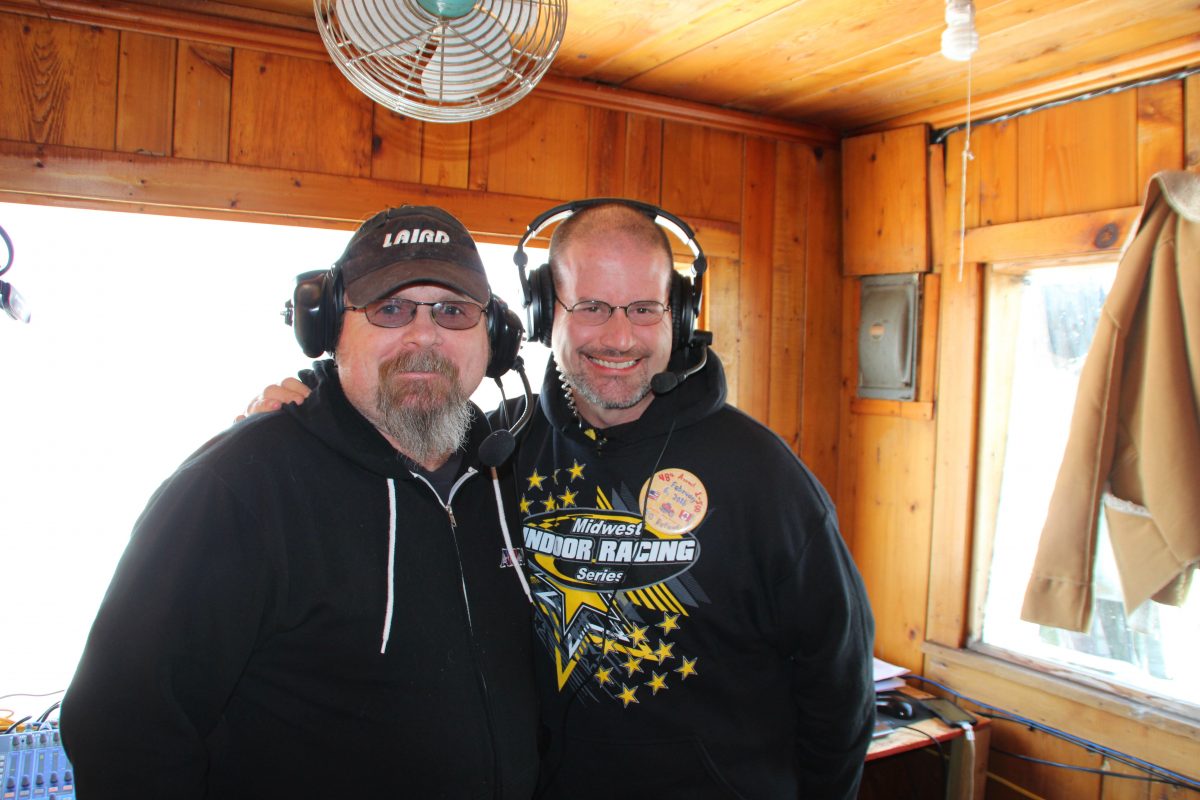 The International 500 Snowmobile Race and its Board of Directors are proud to announce that the Voices of the I500 from the 2016 race, Matt Prieur and Lorne (Spanky) Robinson, will both return as the Voices of the most prestigious snowmobile race in the world for 2017. The 49th Annual #SooI500 is set for Monday-Saturday, January 30-February 4th, 2017.

Prieur, who resides in Westerville, Ohio, returns to the #SooI500 for the second year in a row. The 42-year-old is best known as the Voice of the World of Outlaws Craftsman Late Model Series, the premier traveling series for dirt Late Models in the world with a 40-50 race schedule that takes the tour to dirt tracks all over the United States and Canada. Additionally, Prieur, originally from Flint, Michigan, also serves as Voice of the Midwest Indoor Racing Series, which begins it’s fifth anniversary season of indoors winter racing in January 2017.

Robinson, affectionately known as “Spanky” is a Desbarats, Ontario resident and also returns to the #SooI500 for the second year in a row. A former crew member on the 1989 #SooI500 winning team of George Sharrard, Tom Sibbald and Jeff Kipfmiller, the 57-year-old has been the Color Commentary Voice of the Sault Ste. Marie Greyhounds of the Ontario Hockey League (OHL) for their home games since the 2005/2006 season. Additionally, Robinson just completed his third year as the Voice of Kinross Speedpark located at the Chippewa County Fairgrounds in Kinross, Michigan.