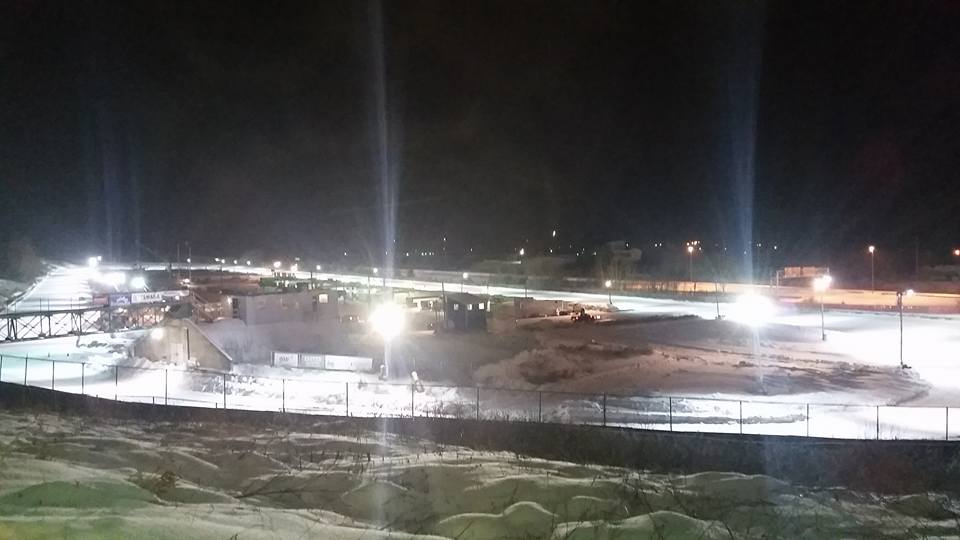 Sault Ste. Marie, Michigan (Friday, July 15, 2016): With last week’s approval of a 10-year lease by the Sault Ste. Marie City Commission, the International 500 Board of Directors was given the green flag to proceed on the construction of a new press center.

“Our financials look solid,” said Treasurer Dave Thomas, pointing to a number of sources including remaining funds from a Michigan Economic Development Commission grant for this project.

The former press center became a casualty on the heels of heavy rainfall in the late summer-early fall of 2013. While the structure did survive the event, its precarious position atop the hill overlooking Turn #1 left the I-500 with little choice but tear the building down. On the upside, workers were able to retrieve the important pieces of track history before demolition took place.

Thomas said on Tuesday the bids for excavation and foundation work should be advertised sometime next week and anticipated there would be a number of options available at the end of the month when bids are opened. Work should be completed within about 45 days and should leave plenty of time for construction of a 2,400 square foot press center.

Thomas said the building will be 36′ x 68′ and is designed as a 1 1/2 story structure with race control, radio broadcasters and track announcers occupying the second floor. The new press center will also include five VIP suites.

“The timetable is Feb. 2017,” said Thomas predicting visitors will be able to utilize the new press center in time for the 49th running of the I-500 Snowmobile race.

Thomas indicated the 10-year lease provides a lot of stability for the I-500 and sends that message to sponsors and financial backers, alike.

“It’s going to help us continue to grow this event,” he concluded.