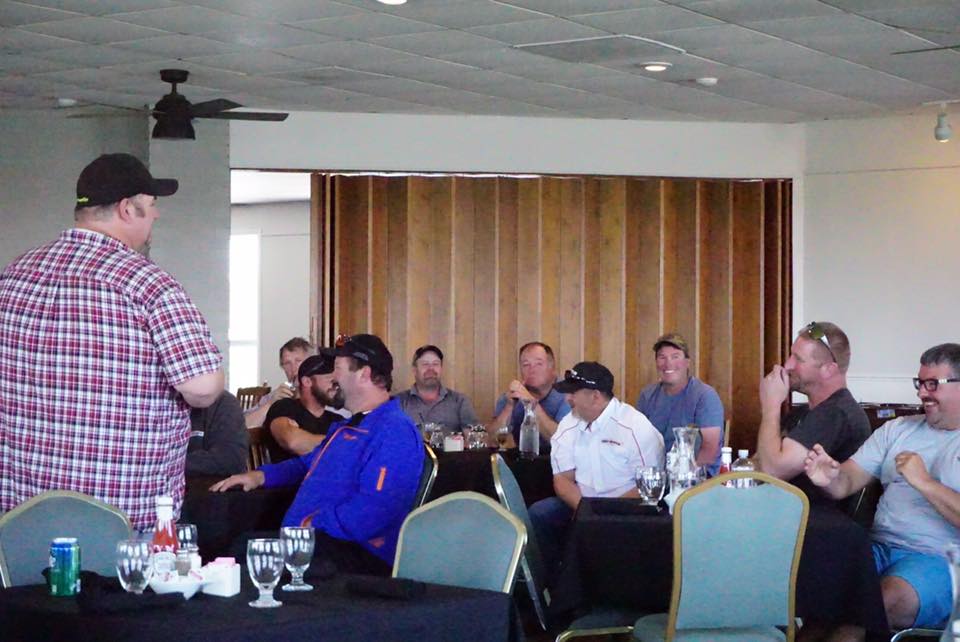 The SOO I-500 Race Committee hosted it’s first “I-500 Spring Summit”  at Sault Ste. Marie, Michigan.
The idea behind this summit was developed by SOO I-500 Race Director Bill Cryderman, Co-Director Scott Lacoursiere & I-500 Board member, Dave Thomas.
The project was supported by Race committee members and I-500 Board of Directors. in an effort to offer race teams the opportunity to actually take part ownership of the event by presenting suggestions which they feel will have a positive impact for future SOO I-500 races.
Information offered by all parties covered a large range of ideas that will benefit participating race teams and have a positive impact on the I-500 event overall, with hopes benefiting all parties involved.
In depth discussions regarding various aspects related to the SOO I-500 race included( but not limited to) I.S.R. Guidelines,rules and mandates, SAFETY enhancement, I-500 sled track time, qualifying considerations, track maint. during race week, pit entry & exit locations, Venue improvements and many more topics.
The idea behind hosting the “SOO I-500 Spring Summit” is designed to actually give race teams the opportunity to present first person (race team) information in a positive manor which can benefit the involvement of all race teams and many aspects of the week long series of events hosted during SOO I-500 race week.
This type of positive summit is important as it gives race teams who participate at the SOO I-500, the opportunity to actually take part ownership of the race.  It’s positive in the sense that it brings all parties together in a more collective overall team effort to make the race more productive & Safe.
” We want race team members to know…. the I-500 race committee is listening to their ideas, suggestions and concerns in an effort to better the race for everyone who participates. It’s our objective to promote the ” Open door” policy between race teams, race committee and the I-500 Board of Directors in a positive manor.” Say’s I-500 Race Director, Bill Cryderman.
” We want race teams to feel they can bring their thoughts, ideas, suggestions or concerns to the Race Committee and I-500 Board of Directors without hesitation.  It’s our objective to receive important feed back from teams discussing items which may have a positive impact on the SOO I-500 and benefit the parties involved.” Says I-500 Board member, Dave Thomas.
Those in attendance made this first “SOO I-500 Spring Summit” a success overall.  Many topics were discussed with all parties in attendance taking part and expressing their thoughts.  Team members openly sharing information proved to make this meeting positive and productive.
“This was something we all wanted and felt was needed.  All topics discussed were important and the cooperation between all parties to make the summit productive was evident.  Let’s hope next Spring ( 2017) more teams participate in the ” SOO I-500 Spring Summit”.  Together, we can make a difference!” Says: Co-I-500 race director, Scott Lacoursiere
* I-500 Board of Directors provided attendees with discounted lodging, meals & beverages during the summit mgt. and a free round of golf for after meeting relaxation.
The SOO I-500 is embarking upon it’s 49th. consecutive race.  As the SOO I-500 Project moves towards our 50th. anniversary race (2018) we hope more race teams will utilize the open door policy in an effort to help make the SOO I-500 and the sport of Oval ice endurance racing all it can be for everyone.